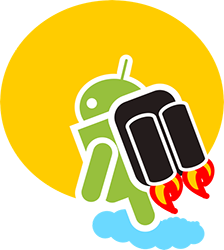 I read bellow tips  from Google site. These are not special tips but they are useful. When i started in Android, i didn’t read and follow them and my applications are really bad and slow. So please notice it.

This document primarily covers micro-optimizations that can improve overall app performance when combined, but it’s unlikely that these changes will result in dramatic performance effects. Choosing the right algorithms and data structures should always be your priority, but is outside the scope of this document. You should use the tips in this document as general coding practices that you can incorporate into your habits for general code efficiency.

There are two basic rules for writing efficient code:

One of the trickiest problems you’ll face when micro-optimizing an Android app is that your app is certain to be running on multiple types of hardware. Different versions of the VM running on different processors running at different speeds. It’s not even generally the case that you can simply say “device X is a factor F faster/slower than device Y”, and scale your results from one device to others.

To ensure your app performs well across a wide variety of devices, ensure your code is efficient at all levels and agressively optimize your performance.

As you allocate more objects in your app, you will force a periodic garbage collection, creating little “hiccups” in the user experience. The concurrent garbage collector introduced in Android 2.3 helps, but unnecessary work should always be avoided.

Thus, you should avoid creating object instances you don’t need to. Some examples of things that can help:

If you don’t need to access an object’s fields, make your method static. Invocations will be about 15%-20% faster. It’s also good practice, because you can tell from the method signature that calling the method can’t alter the object’s state.

Tip 3: Use Static Final For Constants

Consider the following declaration at the top of a class:

The compiler generates a class initializer method, called <clinit>, that is executed when the class is first used. The method stores the value 42 into intVal, and extracts a reference from the class file string constant table for strVal. When these values are referenced later on, they are accessed with field lookups.

We can improve matters with the “final” keyword:

The class no longer requires a <clinit> method, because the constants go into static field initializers in the dex file. Code that refers to intVal will use the integer value 42 directly, and accesses to strVal will use a relatively inexpensive “string constant” instruction instead of a field lookup.

In native languages like C++ it’s common practice to use getters (i = getCount()) instead of accessing the field directly (i = mCount). This is an excellent habit for C++ and is often practiced in other object oriented languages like C# and Java, because the compiler can usually inline the access, and if you need to restrict or debug field access you can add the code at any time.

However, this is a bad idea on Android. Virtual method calls are expensive, much more so than instance field lookups. It’s reasonable to follow common object-oriented programming practices and have getters and setters in the public interface, but within a class you should always access fields directly.

Note that if you’re using ProGuard, you can have the best of both worlds because ProGuard can inline accessors for you.

Tip 5: Use Enhanced For Loop Syntax

There are several alternatives for iterating through an array:

zero() is slowest, because the JIT can’t yet optimize away the cost of getting the array length once for every iteration through the loop.

one() is faster. It pulls everything out into local variables, avoiding the lookups. Only the array length offers a performance benefit.

two() is fastest for devices without a JIT, and indistinguishable from one() for devices with a JIT. It uses the enhanced for loop syntax introduced in version 1.5 of the Java programming language.

So, you should use the enhanced for loop by default, but consider a hand-written counted loop for performance-critical ArrayList iteration.

What’s important here is that we define a private inner class (Foo$Inner) that directly accesses a private method and a private instance field in the outer class. This is legal, and the code prints “Value is 27” as expected.

The problem is that the VM considers direct access to Foo‘s private members from Foo$Inner to be illegal because Foo and Foo$Inner are different classes, even though the Java language allows an inner class to access an outer class’ private members. To bridge the gap, the compiler generates a couple of synthetic methods:

The inner class code calls these static methods whenever it needs to access the mValue field or invoke the doStuff() method in the outer class. What this means is that the code above really boils down to a case where you’re accessing member fields through accessor methods. Earlier we talked about how accessors are slower than direct field accesses, so this is an example of a certain language idiom resulting in an “invisible” performance hit.

If you’re using code like this in a performance hotspot, you can avoid the overhead by declaring fields and methods accessed by inner classes to have package access, rather than private access. Unfortunately this means the fields can be accessed directly by other classes in the same package, so you shouldn’t use this in public API.

As a rule of thumb, floating-point is about 2x slower than integer on Android-powered devices.

In speed terms, there’s no difference between float and double on the more modern hardware. Space-wise, double is 2x larger. As with desktop machines, assuming space isn’t an issue, you should prefer double to float.

Also, even for integers, some processors have hardware multiply but lack hardware divide. In such cases, integer division and modulus operations are performed in software—something to think about if you’re designing a hash table or doing lots of math.